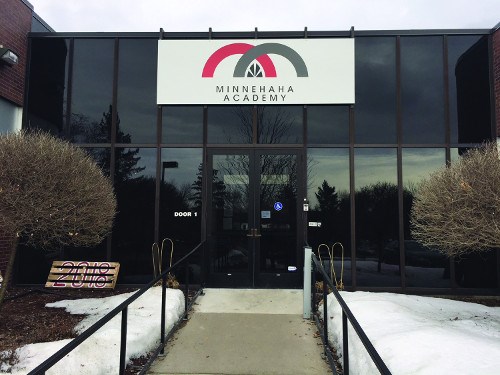 Editor’s Note: This is a follow-up to an article that appeared in the October 2017 issue of High School Today regarding the gas explosion at Minnehaha Academy in Minneapolis, Minnesota.

Just steps away from the main entrance, three painted wooden pallets, courtesy of the Class of 2018, are the first signs of renewed purpose and energy for Minnehaha Academy’s recovering school community.

Inside, a former college technology campus located in an office park in Mendota Heights, a southern suburb of the Twin Cities of Minneapolis and St. Paul, has been nearly miraculously transformed into a modernized version, albeit at a third of the size, of the school’s historic campus located eight miles away in Minneapolis on the banks of the Mississippi River.

While the school’s community still grieves and reflects daily on the natural-gas explosion to a portion of the stately brick-andmortar structure on August 2, 2017, that claimed the lives of two treasured staff members, time has ushered in healing and positivity during a transition when the school attempts to bring normalcy to its students.

“It’s not as present in everyone’s mind anymore, so that is a positive,” said Josh Thurow, Minnehaha Academy activities director. “But it is not forgotten, either. There are little reminders dayto- day about Ruth and John (the staff members who died in the explosion) and how much we miss them. But with time, comes healing. We are a supportive community, so things are looking up.”

Thurow was in the building when it exploded and helped with the rescue efforts in the aftermath. As he became a liaison of sorts to law enforcement agencies in a frenzied situation, Thurow was consumed with internal questions, puzzles and riddles as how best to go about the task of moving forward with not only providing an academic environment for students, but also continuing to offer a full menu of activity programs with suddenly a drastically reduced venue landscape.

“Standing in the courtyard watching this tragedy unfold, I was completely worried about everything,” he said. “How are we going to do this, how are we going to do that? I had to find places for practices and games. To be honest, I haven’t slept really well since. What I have found is that athletic directors are empathetic people. We have empathetic athletic directors here in Minnesota, and I am really grateful for that. There are some that really stepped up.”

Activities planning, however, had to take a slight backseat while administrators searched for a facility to host the school’s 350 students for an estimated two school years. The group worked fast to identify a site that had potential, but a massive facelift was needed to create a welcoming environment that the student body would embrace during a time of transition.

Wall graphics, messages with hashtags and inspirational sayings are everywhere, and are continual reminders to encourage students and staff to forge onward during this transition period in the school’s 105-year history. 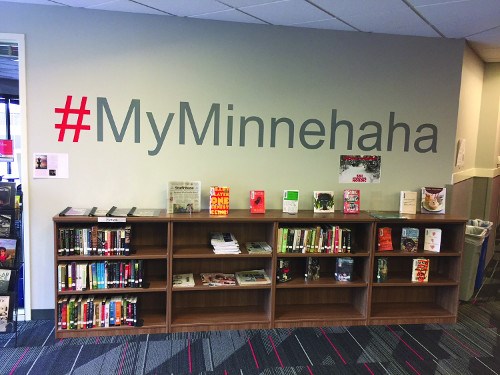 “It’s a much smaller home, but we are together, we are a community,” Thurow said. “As a school kid, I can remember wanting to bump into a certain girl during the school day. Now, if you are that guy, you won’t miss her at our place!”

Part of the challenge of transformation was working with the junior and senior classes. After all, they were not going to be returning to their old campus. The Minnehaha Academy staff received the support and encouragement from both classes in shepherding the younger students. Thurow said the support from the junior and senior classes has been the school’s mascot during this transition phase.

For example, instead of balking at the idea of playing volleyball games in a middle-school environment, the participants embraced the newness and the opportunities to lead with character and pride. During the football season, Minnehaha Academy co-ops with two other schools in the Independent Metro Athletic Conference, so that challenge wasn’t felt as heavily.

During the winter sports season, Thurow had to get creative to find practice facilities for many basketball teams. St. Thomas Academy, an all-boys military school located just more than a mile away, became a saving grace with the offer of its facilities for practices and games. St. Thomas was one of four different gyms where Minnehaha Academy played its boys and girls home games during the basketball season. The Redhawks practiced in at least seven different facilities during the basketball season.

“It gave me peace knowing I had some options,” Thurow said. “You don’t like, though, when kids are driving one another to practices. You also don’t like, or want, to put middle-schoolers on buses for practices. You hold your breath, say a prayer and cross your fingers that everything will be OK for these young people.”

Thurow, then, had follow-up concerns. He used gentle reminders to student participants to treat the borrowed facilities with respect. Thurow wanted to ensure his students represented Minnehaha Academy with dignity and respect as visitors in other schools’ gyms. He didn’t want the hosts to become resentful of Thurow or believe that Minnehaha Academy was not a good steward of its facilities or had poor behavior.

Success on the court has certainly helped the healing as well.

This past season, Minnehaha Academy won the Minnesota State High School League’s boys Class AA championship for the second consecutive season. On the girls’ side, Thurow led the Redhawks to the state tournament for the 11th time in the past 14 seasons.

“The section playoffs and state tournament are a special time,” Thurow said. “You do lose yourself in high school sports. It allows you to forget your worries for a bit.”

Thurow stepped down from his position as head girls basketball coach at the end of the season. He said it was time to usher in a new era with a coach who he had been mentoring. Thurow also gave a nod to the demands of his administrative role, especially during trying times. 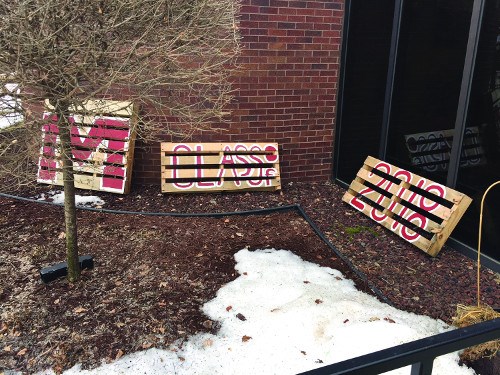 “Through all of this, our upper administration had bigger fish to fry than athletics,” Thurow said. “I was on an island. If there was a screw-up, it was on me. I think that was the challenge. I kept reminding and motivating myself, ‘Josh, you better get it right. If you don’t, it will be wrong, possibly in a big way.’ You never get perfection in this job as an AD, even in the best of circumstances. You can’t expect to throw a perfect game in a situation you’ve never been in. This has not a typical year, to be sure.”

While the National Transportation Safety Board is still investigating, plans are moving forward for the rebuilding of Minnehaha Academy’s campus and the return of students for the 2019-20 school year.

Two additions totaling about 100,000 square feet will have the capability of holding 700 additional middle school and high school students. The planned re-build will be modernized and feature plenty of glass. The expansion in green space will bring the school closer to the river.

It also means Thurow will lose the school’s tennis courts. Plans also include a memorial garden in remembrance of the two who perished and the nine who were injured. Thurow also yearns for a turf field on the school’s west side for the soccer programs and physical education classes, but knows it isn’t a top priority.

“For everyone that was in the building that day, it will still take time,” Thurow said. “I think many of us have moved on a bit. We may have moved forward, but we don’t forget. For me, I have grown from this. The continued need to pray for wisdom has been a big factor, making wise decisions, not rash.”

Tim Leighton is the communications coordinator at the Minnesota State High School League and a member of the High School Today Publications Committee.