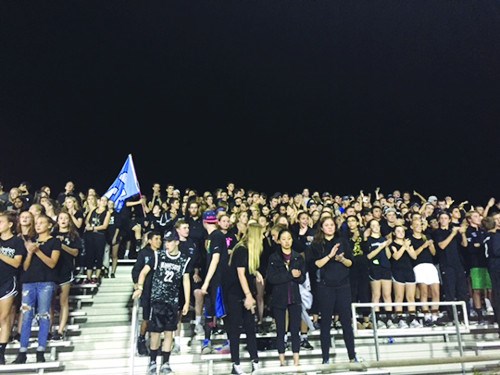 Positive student cheering is getting revolutionized with a new program by the Connecticut Interscholastic Athletic Conference (CIAC) set to launch this month.

When athletic directors, coaches and selected students convene at the annual statewide sportsmanship conference, they will learn more about the CIAC’s new “Class Act Sportsmanship” program.

Member school athletic directors have been asked to form student leadership committees to accompany them to the conference, if not already in place, according to Maloney. Those student committees are expected to embrace a set of standards that will help the school be designated as a “Class Act Sportsmanship” school.

“We’re putting it in the hands of students,” Maloney said. “Who better than the student leaders in their respective buildings to bring this forward?”

The sportsmanship conference, in existence since 2007, will be going a new direction with the unveiling of the “Class Act Sportsmanship” program. The CIAC’s vision is for all member high schools to have a student-led subcommittee that will adhere to the standards and put them into practice within their respective schools to reach Connecticut’s expected level of behavior.

Maloney said for students who are aware of the program, there’s already a strong desire to become a designated school. He added that it’s possible for a school to receive a banner within its building to endorse its designation as a “Class Act Sportsmanship” school.

Under the direction of athletic director Trish Witkin, Glastonbury High School is serving as a pilot school. Following a meeting last spring, Witkin said she and her assistant athletic director discussed the program with their student-athlete leadership team and informed them, point by point, of its details. She said the program generated great dialogue with the group.

“What we like about this is that it really is student-initiated. They have a voice and are empowered to implement this,” Witkin said. “We’re planning on having the second class of our student-athlete leadership team meet to go through what it must do with this program.” 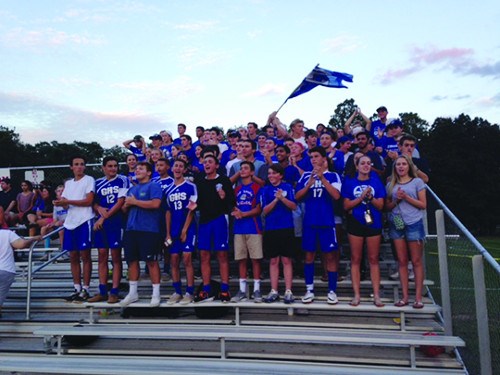 Glastonbury’s plan is to record the behaviors of spectators to examine what they are doing well or where they are falling short. One issue the school faces prior to its November state tournament slate is a lack of games scheduled during the night or at a road venue. Glastonbury’s soccer programs play numerous late afternoon games. Attendance can sometimes triple during state tournament competition, Witkin said.

Maloney said for about the past six to eight years, schools have been asked to rate themselves and, at times, their opponents to see how positive student cheering can be improved. The “Class Act Sportsmanship” program provides individuals a concrete evaluation method to gain a better assessment of who is straying from a slippery slope of negative cheering.

“We’ve had a pretty good student section across the board in past years. They’ve been positive and supportive,” Witkin said. “We do have occasions where they may call out opposing players by number or you’ll occasionally have a chant involving some profanity. We’ve tried to take the preventative steps. During the first game, we try to set the tone by going out and talking to them, telling them what we expect, what we hope for and encourage and applaud some of their positive chants towards our school.”

Witkin said following the school’s first vocal warning, students are then removed from the game and given a short suspension for an undetermined amount of future games. During her time as athletic director, Witkin has seen a gradual improvement in behavior and expects to see a more positive group of students with the school’s attempt for designation as a “Class Act Sportsmanship” school.

Glastonbury’s student-athlete leadership team consists of two student-athletes from each of the school’s 32 varsity programs. Each year, a junior is selected by a coach and trained for the team. A two-year
term on the team provides juniors an overlap with senior leadership that helps improve student section participation and spirit.

The CIAC’s research and development of its “Class Act Sportsmanship” program revolves around the tenet that students gain “personalized instruction, a connection to the curricular and co-curricular activities, and can build relationships with caring adults,” Maloney said.

“In the background of those three issues, we know when kids are participating in athletics, arts and student activities, there’s a direct correlation to higher student achievement, college-career
readiness, happiness in school and attendance,” Maloney said. “What we’re trying to do in Connecticut is to highlight school spirit within those key points.”