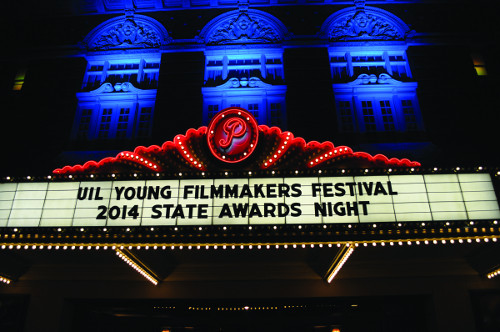 Three years ago I sat watching the sci-fi summer blockbuster Super 8. The film tells the story of a group of young teenagers who are filming a Super 8-millimeter movie when a train derails, releasing an alien presence into their town. I was flooded with memories of days spent with my friends writing, planning and filming our own mini-epics.

We used regular 8mm and a Kodak Brownie camera, but it might as well have been Cinemascope. The toughest part was waiting for the processed film to be delivered to the local drugstore; then came the editing and a screening in someone’s darkened bedroom. It all culminated in a grand premiere projected on a sheet hanging at the far end of our driveway. Who needed Grauman’s Chinese Theatre when you had a sun-dried, king-size sheet?

I went home that night thinking about the number of kids who, from those moments of inspired creative play, went on to create Star Wars, Raiders of the Lost Ark, The Godfather. Directors like Ron Howard, Steven Soderbergh, Sam Raimi, Francis Ford Coppola, George Lukas, Steven Spielberg, Martin Scorsese and J.J. Abrams all were young filmmakers. And I began planning.

That experience three years ago led to the approval of the Texas University Interscholastic League (UIL) Young Filmmakers Festival in 2012, which was then piloted in the Spring of 2014. Rules and procedures were formulated, and posters advertising the festival were distributed to the UIL’s member schools in August of 2013. Attempts were made to target the theatre teachers who were already involved in UIL activities through workshops and presentations at various regional and state conferences. Contact was made with the organizations that serve digital-media and technology teachers, and the word began spreading.

The Texas Film Commission at the Governor’s Office was quick to help out and see the benefits of this large-scale project. Film production in Texas has grown steadily during the past few decades and with it an increased demand for local production specialists. The commission quickly saw the potential to create a pool of young, trained filmmakers to populate the local industry.

Using the Commission and college and high school contacts, we began recruiting judges using an online application form. By December we had recruited 135 qualified judges from Texas schools, out-of-state film programs and from the filmmaking industry. 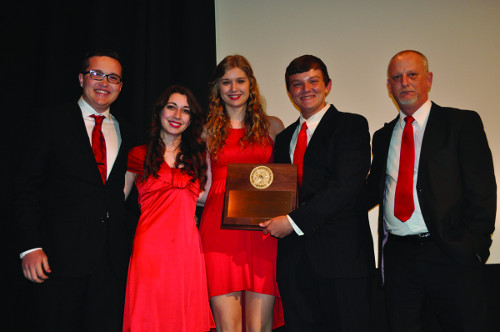 Once a costly art form that former Texas Film Commissioner Tom Copeland called the “rich kid’s hobby,” 50 years later filmmaking has become accessible to a large percentage of our student population. Cameras that once cost tens of thousands can now be found in the hands of almost every student. Films can be shot, edited and exhibited using inexpensive and even free apps and programs found on most computers, iPads and phones.

Luis Perez, El Paso Socorro High School, said, “As a low income school, the film contest has opened another dimension for our students. It is allowing our students to let their imaginations run wild. They are forever stopping by my classroom or sending emails in the middle of the night to share ideas, outlines, scripts, drawings and more. We don’t have a class here. We meet after school every week. I have about 54 students that show up to discuss film, to practice and more importantly to think critically. If they don’t know how to do something we research it, we learn it and apply it. Their eyes light up as they see their vision on the screen. The use of technology has really motivated them. Our goal at the school is to have a film program in place by next year.”

Some feel that the League’s sponsorship has given their filmmaking efforts more legitimacy in their school communities. Prosper High School’s Robyn Gramly said, “UIL contests are taken very seriously in my school. Adding the Film Festival gave notoriety and credibility to my program. Winning two of the three categories has lifted the program and the students to an almost celebrity status within our district. The students are now receiving well-deserved recognition for their work. The level of competition has raised our students’ desire to produce better quality work moving forward.”

The film festival is an Internet-based competition. Schools submit an “Intent to Participate” by October and then enroll using an online form. They upload their films to sites like YouTube, Schooltube and Vimeo and provide links to the UIL office. The inaugural contest produced 495 entries from our smallest schools to our largest schools. Conferences 1A through 3A were placed in Division 1 and Conferences 4A and 5A in Division 2. The students entered films in three categories: narrative, documentary and animation.

Set up like a tournament, films were randomly assigned to sections and went through two preliminary rounds. Panels of three judges saw and rated each film and provided detailed written critiques. The ratings and critiques were instantly returned via email to the sponsor. The semifinalists were announced two weeks later and the state finalists a week after that. Each division had six films advance in each category.

Not unlike the Universal sci-fi films of the 1950s, there were some bugs, but the response was positive and growth is on the horizon. Tim Cook, debate coach and film sponsor at Salado High School, said, “My experience with the UIL Young Filmmakers was the most gratifying experience I have had in my 30 years of teaching. I still have daily communication from the team members because it was such a life-changing event for them.” 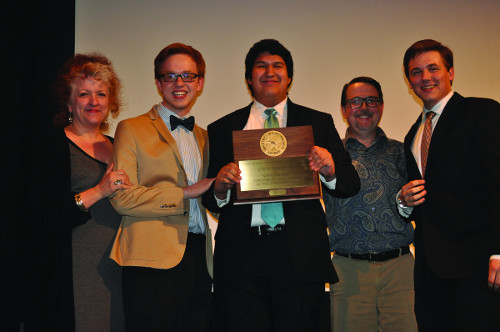 The state finals were held at the Paramount Theatre in downtown Austin. Just a few blocks from the Capital on Congress Avenue, this century-old historic theatre was the perfect venue to showcase the new event. Richard Tolleson, Temple High School, said “My students grew as filmmakers. The UIL contest created more of a sense of urgency for them, and drove them to do a better job than they might otherwise have (their IB films get little or no public exhibition). I think just the possibility of the film being shown at the Paramount created an excitement that would have otherwise been missing.”

The Paramount rolled out the red carpet and hosted a full house on Awards Night. Thirty-seven films were screened, awards were presented and perhaps, just perhaps, we were able to look into a crystal ball and see the young faces who will appear at an Oscar or Emmy night in the future.

The State Finalists can be seen here.

Luis Muñoz has served as the State Theatre Director for the Texas University Interscholastic League since 2002. He designed and piloted the UIL Young Filmmakers Film Festival in 2014. Prior to working for the UIL, he taught high school theatre at Douglas MacArthur High School in San Antonio, Texas, and worked in film and video production.