From the Student Perspective - March 2015

What are the most important things you have learned from your high school coach or coaches? 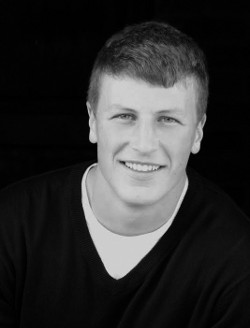 With the transition to a new head football coach came a lot of uncertainty. We were coming off of a 2-7 season my sophomore year, and our team needed a new identity. Our community knew we were getting a good leader when Jamie Opfer was named the new head coach. The past two years of my football career have been the most eye-opening of my life as I witnessed a team come together under a single head figure. One of the aspects that he stressed to us was how much can be accomplished when a group of people work together toward a common goal. The relationship that he molded within our team was that of a true family. He taught that each and every member of our squad was vital to the success of our team. Coach also stressed that if we focused on each other and worked for something greater than personal success, we would experience a far greater joy. We ended my senior season with an 8-3 record and state playoff berth, but I will instead remember the life lessons that Coach Opfer instilled in us.