When It’s Necessary to Terminate a Coach 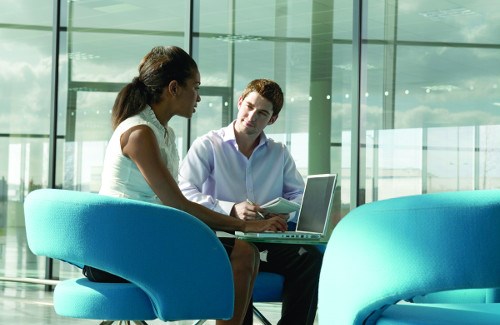 One of the worst experiences a person can go through is getting fired. The only thing that might be worse than being fired is doing the firing. Unfortunately for principals and athletic directors, the task of firing an individual comes with the job description. When it becomes necessary to terminate a coach, particularly one who is beloved by the school and community, the situation demands a certain type of approach and skillset.

“This is one of the most difficult things I think we face in athletic administration,” said Rich Bechard, district athletic director at Lee’s Summit (Missouri) R-7 Schools. “Coming to the realization that somebody in our program may not be a fit is tough, especially if it’s somebody that you might have a relationship with.”

Bechard offered almost 30 years of experience as an athletic administrator to the audience at a workshop entitled “When It’s Necessary to Terminate a Coach” in Orlando this past December at the National Athletic Directors Conference co-sponsored by the NFHS and National Interscholastic Athletic Administrators Association (NIAAA). While he didn’t want to give step-by-step directions of the process, Bechard, who received the NIAAA Award of Merit at the conference, provided some tips to avoid parting ways with a coach in the first place. In order to do that, Bechard said he concentrates on his ideal characteristics in a coach.

Using a coaching dimensional pyramid, Bechard said he expects the coaches in his district to be well-versed in three things, including fundamentals and motivational skills. The final piece Bechard talked about, and one that is a deal-breaker in his district, was heart.

“That’s the piece where you’re developing the character,” Bechard said. “You’re making them feel valued, that they’re important in the program regardless of whether they’re a starter or not.

“We don’t get specific with our coaches about a lot of things, but one thing they are supposed to do in our district is make sure that everybody in their program feels valued about being in that program. It’s pretty easy to do.”

When a coach loses sight of his or her purpose, Bechard said there are situations in which termination is the obvious answer. In more ambiguous scenarios, he said there are multiple questions an administrator should start asking including why the coach was hired and the clarity of the expectations of said coach.

“When you start talking about lack of control of players or lack of competitive success, poor effort, or attitude on the part of the players, there’s not a clear line that’s really been crossed and I think that’s where it gets a little messy,” Bechard said. “The other thing you need to figure out is your tolerance level.

“Everybody has a different tolerance level for what happens in their programs by their coaches and sometimes it’s dictated by upper administration, school boards or the community, or maybe sometimes it’s just dictated by you. That’s going to determine a lot of your decisions.”

To keep abreast of any situations that are brewing, Bechard recommended that the audience have frequent conversations with supervisors and other administrators. He even suggested dropping by sports practices and conducting a walk through, similar to those performed by principals in the classroom.

“It gives you a pulse of what’s going on,” Bechard said.

In order to head problems off at the pass, Bechard said having a crucial conversation can go a long way toward preventing the situation from getting worse. Based on a book of the same name, crucial conversations are those had when the stakes are high.

“Early in my career, I avoided conflict as much as I could until I understood conflict could be a positive thing,” Bechard said. “I really believe that we will weed out who needs to stay and who needs to go through crucial conversations, if they happen in a timely manner.

“You just can’t be silent about some things. The ability for an athletic administrator to be able to have a crucial conversation is critical. It’s paramount.”

Bechard said that although the crucial conversation can help steer a coach back on track and inspire him or her to refocus on the goal of education-based athletics, it can also help the administrator make his or her decision that much faster if the coach doesn’t seem to be willing to change.

“I think a critical conversation early on sometimes will head something off later,” Bechard said. “If it doesn’t, the decision’s been made.”

So as to try to make these conversations seem less threatening, Bechard said he handles them carefully and remembers that there are two sides to every story. He shares only the facts he knows and tells his story, then asks for the coach’s path, talks tentatively and encourages testing.

“When I have a crucial conversation, many times I do not sit on one side of the desk and have them sit on the other,” Bechard said. “I sit with them in the two chairs on the other side – very, very non-threatening with no barriers.

“Have that crucial conversation and a lot of times, what you’ll find out is there is something there. If you approach it like this, you might get some results from [your coach] that are positive.”

If the coach is willing, the administrator can suggest a plan of improvement, featuring actionable items the coach can work on to try to improve on as a kind of second chance. The administrator then has to follow up to make sure the plan is working.

“Ultimately, most coaches terminate themselves,” Bechard said. “That’s the bottom line, but I’ve seen it go the other way. That’s what a plan of assistance is – ‘Hey, we want to make you better. We want to get you to a point where you have that reliability that people have faith and trust in you, and want to follow you, play for you.’”

Of course, not every crucial conversation goes so well and it may be time to have a harder conversation. Bechard provided a list of several examples that might result in termination, including rule violations, falling outside the parameters of the coaches’ manual and abusive treatment.

Something that is always one of Bechard’s major causes for concern is the demeaning coach because while he or she may know everything about the sport, student-athletes will never reach their full potential.

“I really believe this is a big one,” Bechard said. “I have no problems with demanding. I have real issues with demeaning.

“I know what our purpose is, but isn’t it our goal to get our kids to peak performance? It will never happen if coaches are demeaning. I think it’s that important.”

When the time comes, Bechard said to make sure to give the coach a chance to resign first. He recommended having more than one other person in the meeting, but making sure it is otherwise a private meeting. He said to stay calm, stick to the message and let the coach vent, but ultimately keep the conversation on point. Most importantly, he said to document everything.

In the end, Bechard said that, no matter what is asked of him as an administrator, he tries to remember the purpose of education-based athletics and why he does what he does.

“The purpose of education-based athletics is to build lifetime character traits in the young people in our care,” Bechard said. “That’s why we’ve got to be that purple strawberry that stands out and is unique. I think that’s important that that’s our mindset in every decision we make and that sometimes that plays a part in when to terminate a coach.

“Our goal is to prepare kids to win and that’s a great goal to have, but a goal has an end result – a purpose doesn’t. A purpose goes on and on and on.”